Lebanon has reached our headlines in recent years with the refugee crisis, the rubbish crisis and the institutional and economic crisis that they are currently facing. Most notably we are familiar with the October 17 revolution where activists organised in numbers and took to the streets, calling for a revolution and a complete overhaul of the corrupt political elite.

Amidst this revolution and the global pandemic, Lebanon’s currency fell into complete hyperinflation; prices tripled, the banks (illegally) took control of people’s money, and over half of the population were left destitute. And then, on the 4th of August, the crisis in Lebanon deepened even further. The explosion of the Beirut port was tragic and nobody in Lebanon was spared the impact from that traumatic day. Over 200 people dead, thousands displaced and forced into homelessness and unemployment due to government negligence.

In such a catastrophic period, people of all backgrounds and nationalities took to the streets to clean up, assist with search and rescue and rebuild Beirut with no government support in sight. Community solidarity was unbelievable and extremely moving. This was quickly overshadowed when charities and initiatives did not extend their solidarity and excluded groups from receiving aid, most notably for the refugee and migrant domestic worker communities. Aid efforts and support became entangled in sectarianism and racism having a detrimental impact on the most vulnerable in Lebanese society.

With all of these atrocities, migrant domestic workers tied to the Kafala system have been most affected. They are dumped on the streets by employers who can no longer pay them or decide to escape the emotional, physical, and sexual abuse themselves, without a passport or place to go. It is conservatively estimated that there are at least 500,000 migrant domestic workers in Lebanon. These workers, mostly women come from countries such as the Philippines, Nigeria, Ghana, Sierra Leone, Ethiopia, Sri Lanka, Bangladesh, and so on, sent by recruitment agencies and traffickers to work in the households of the Lebanese Middle and Upper classes.

The Kafala (which means ‘sponsorship’ in Arabic) employment system is state-sponsored slavery that is a legal employment framework used in multiple countries in West Asia. Kafala is a hostile immigration system that effectively ties a worker’s legal status to their employer. Under this cruel inhumane system employers are complicit in breaching human rights daily, there are no labour laws in place to protect the most basic rights of migrant domestic workers and many find themselves enslaved and subject to human rights abuses.

Many of these women are sent to Lebanon under false pretences and are completely unaware of what awaits them upon their arrival. Treated as a commodity, their passports are confiscated by employers, they work endless hours, they are underpaid and their wages are withheld. Not only are they trapped in employers’ homes, they endure racism, mental, physical and sexual abuse and are sometimes killed by their employers, who face zero consequences. Along with Oman, Lebanon remains the only country in the West Asia without labour laws governing or protecting domestic workers. COVID-19 in Lebanon is spreading like wildfire and migrant workers are most vulnerable and prone to being infected by the virus. They have no access to health care or social support. They are stigmatised, abused and subject to racism daily. They are at risk of homelessness, being detained and placed in overcrowded inadequate detention facilities. These women trapped under the Kafala system are vulnerable to exploitation, including sex trafficking and being sold on to other employers.

I am currently working for Domestic Workers Unite on the ‘This Is Lebanon’ (TIL) project, which is a campaign run by a coalition of former migrant workers and activists demanding the protection of migrant domestic workers, and an end to labour exploitation and abuse, intending to effectively abolish Kafala and state-sponsored slavery in Lebanon. Our goal is to empower domestic workers, informing them of their rights and supporting their access to justice. Our work combines campaigning and advocating on global platforms to raise awareness among both the host population and the affected communities.

TIL has been supporting many women from multiple nationalities in Lebanon. These women have escaped from abusive agents/employers and are being dumped in front of embassies. With very few resources we have been attempting to meet the women’s most basic needs by providing food, covering rents, purchasing flights and covering the cost of PCR tests. We recently launched the #SendUsHome campaign to assist these women with repatriation as the only option for us is to keep these women safe until they return home.

During my time in Lebanon I met a passionate Sierra Leone Activist and former Migrant Domestic Worker Lucy Turay. Lucy like many others was promised a bright future in Lebanon and very quickly found out that this was not the case. Lucy found herself trapped in domestic servitude and was subject to physical and sexual abuse daily. Lucy was left with no choice but to escape her abusive employers and as a result was made homeless. Lucy has played a pivotal role in the repatriation of many Sierra Leone women through her bravery, leadership and her activism. Lucy is now at home in Sierra Leone and has taken fate into her own hands. She is, within her own culture and with her own means, fighting against the injustices she faced in Lebanon. Lucy has set up her own initiative ‘Domestic Workers Advocacy Network’ (DoWAN - also meaning Sisters) in Sierra Leone raising awareness of the kafala system, empowering women and preventing other women from falling victim. On any given day you will find Lucy in the communities of Sierra Leone raising awareness and educating women on Kafala and human trafficking.

The fights for workers’ rights and in particular women’s rights are fought on many fronts. I’ve met many of these women advocating for this whilst in Lebanon and we have discussed the roles they play in their families and their society. Due to economic instability for many of these women in their own countries, they had no choice but to leave and seek work elsewhere. Truly the evolution of a society can be measured by the place which it gives to women’s rights. But basic rights are far from being acquired in their home and Lebanon. It is crucial that the sending countries and the international community step up to the mark and put pressure on countries such as Lebanon to prevent women from falling victim to the Kafala system.

Modern day slavery affects everyone, but there is no escaping that females are disproportionately affected with almost three-quarters of modern slavery being women and girls. Many women have returned to their own countries and some may fall victim to human trafficking again. History has shown us that it is in the struggle that people have come together regardless of gender, race, class, or religion and continue to unite striving for true liberation and equality. It is on the streets, in the community organising, that women across the globe are drawing in the breath of freedom and, tasting the equality that they have been long fighting for and will continue to fight for.

For Lucy and others like her, the good fight has just begun and the prospect of these women rising up, having suffered oppression under state-sponsored slavery and societal oppression is absolutely phenomenal. The real legacy of initiatives like this is rooted in the organising, the protests, the strikes, the revolution and the workers’ movement across the globe. Lucy is doing this for her loved ones, for young girls and women who may fall victim to Lebanon’s Kafala system. Their stories are personal, but their victories are universal. 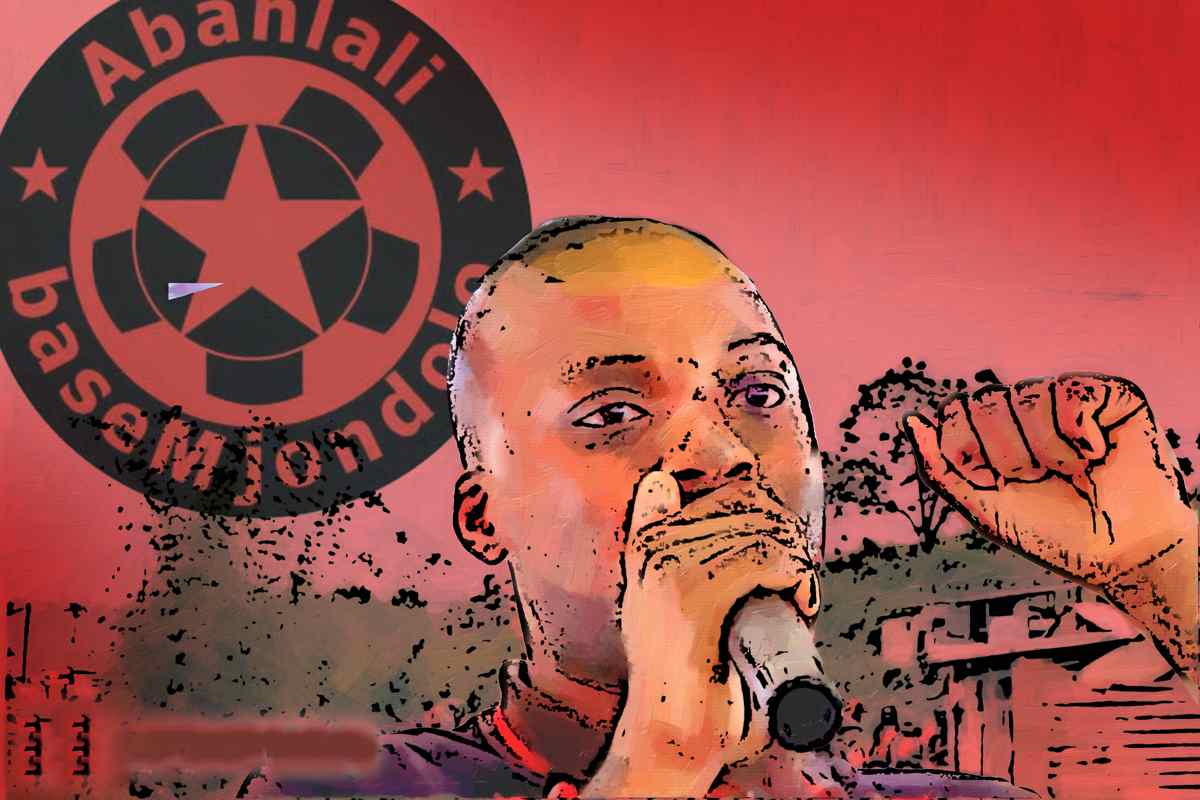 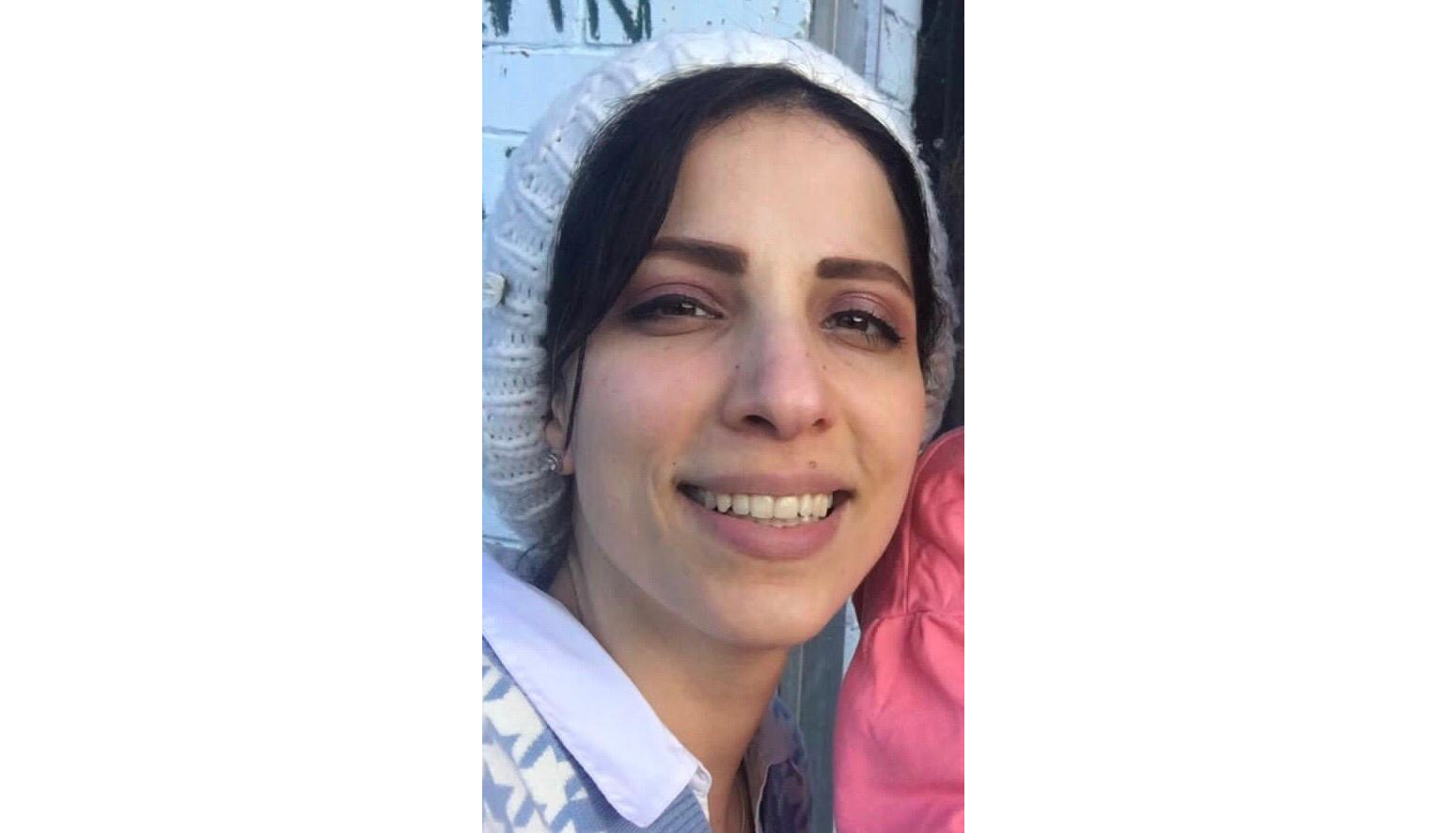 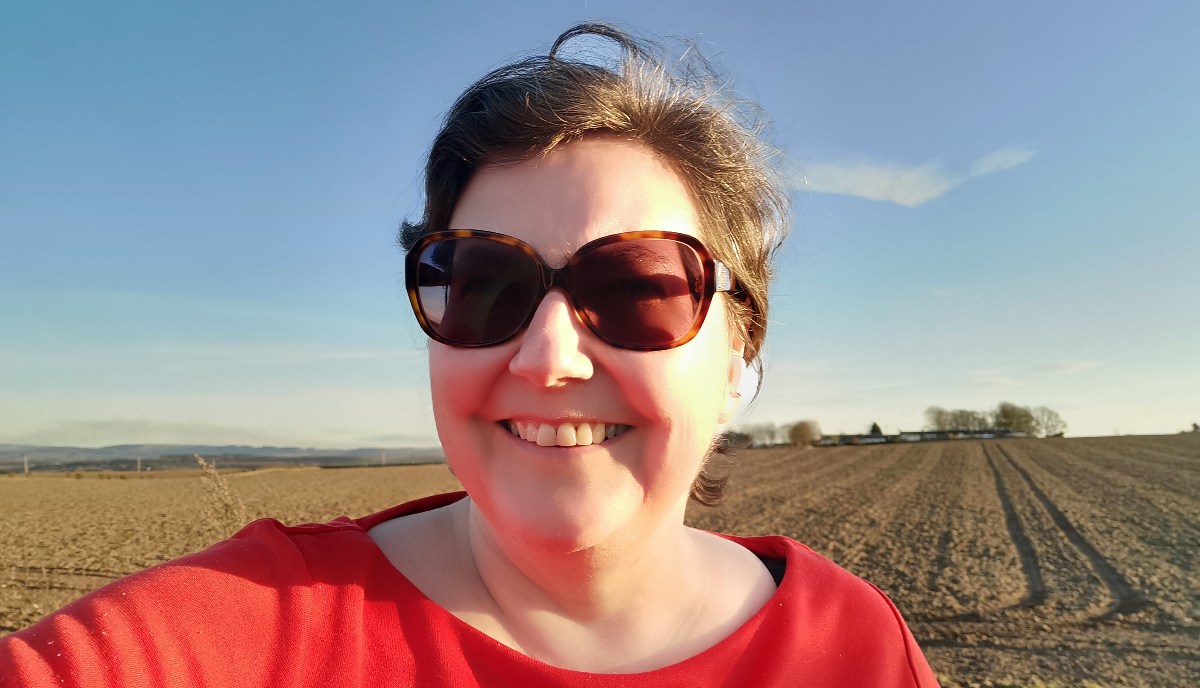 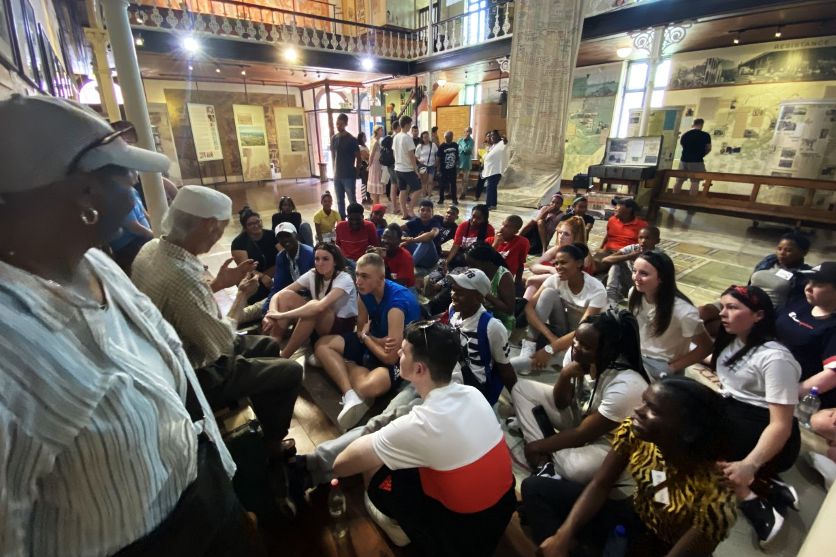 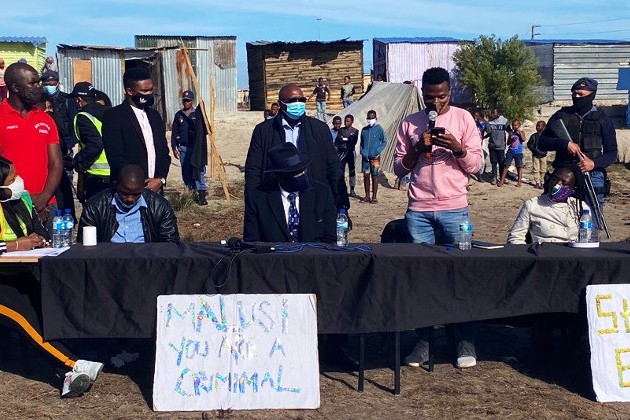 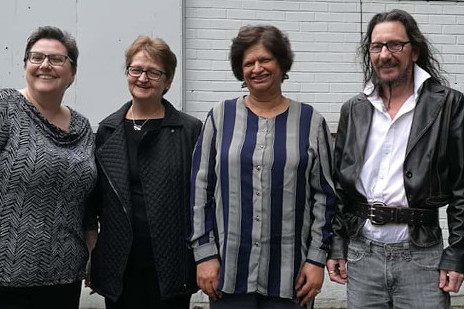 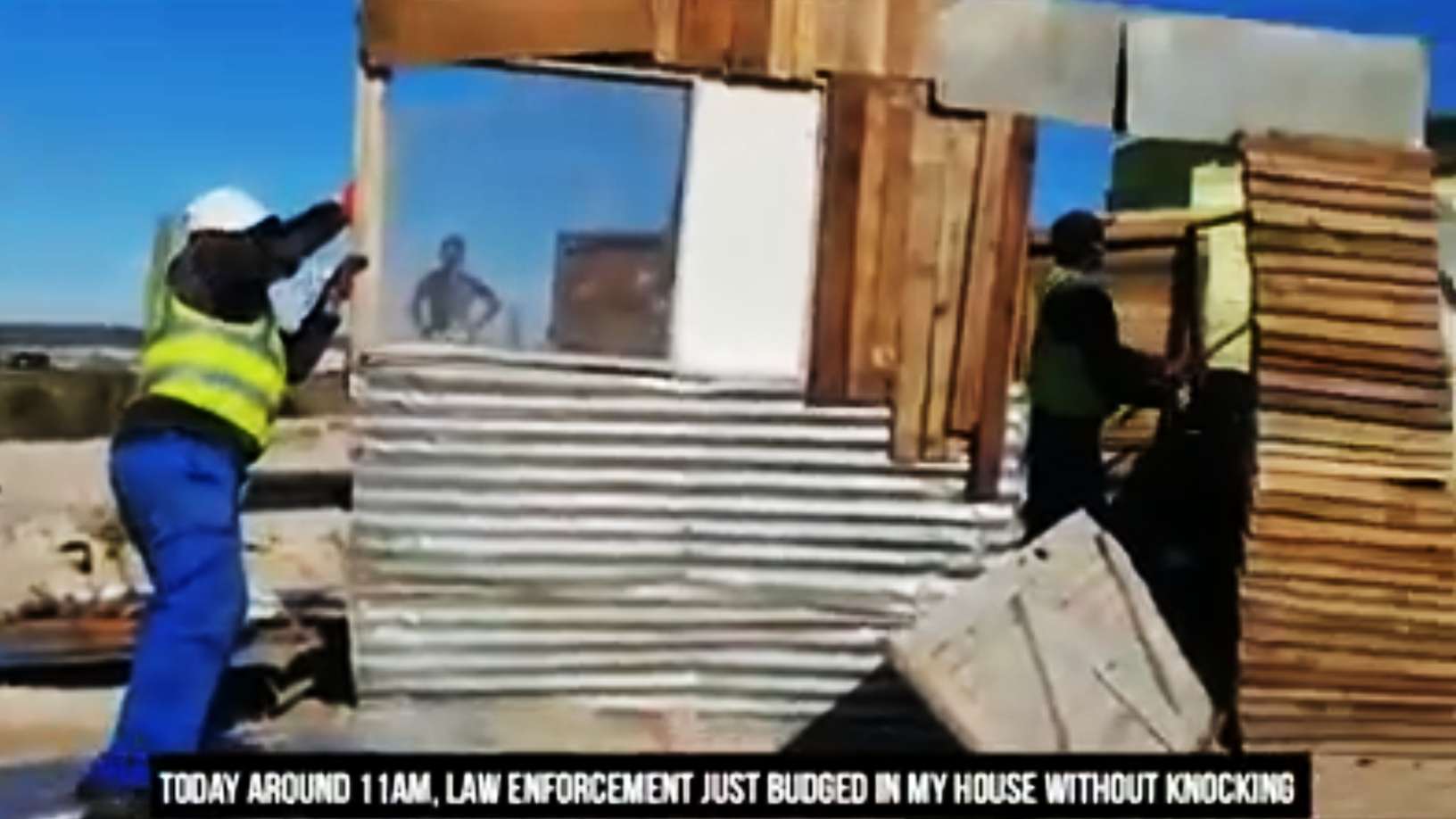 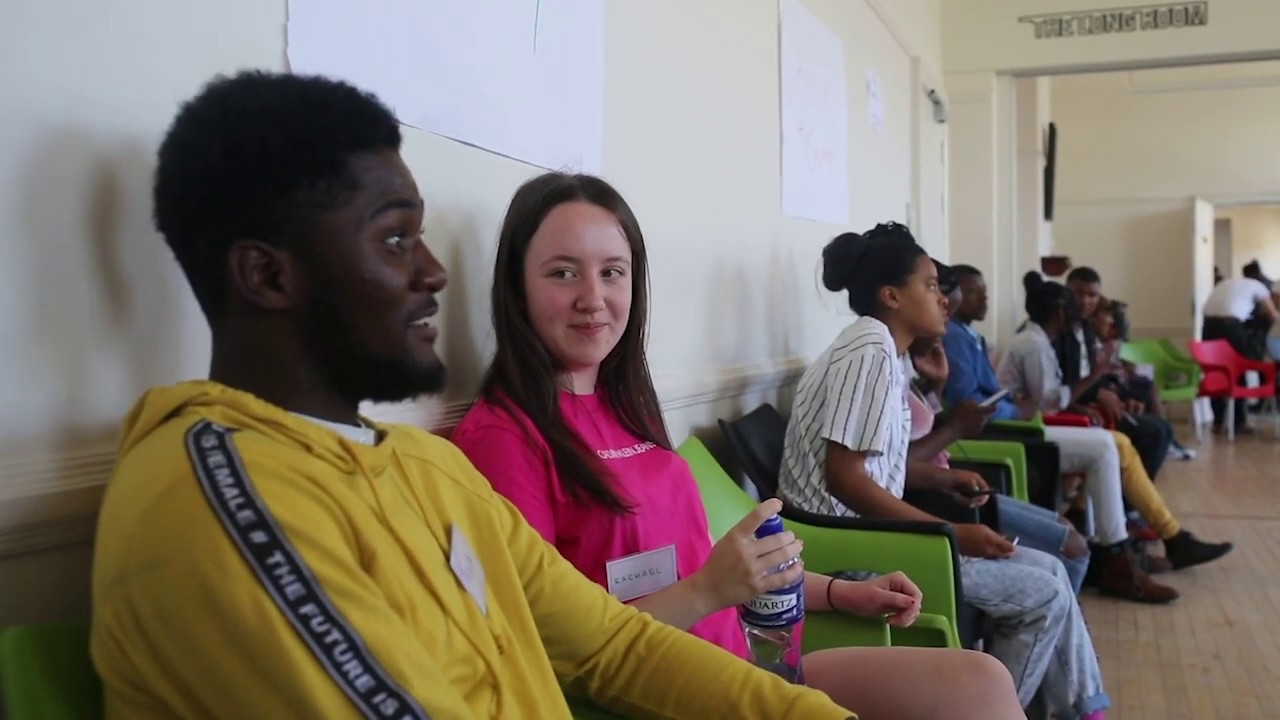