'Statistics serve the public good when they enable a range of statistics users to answer key questions on a particular topic. Mental health statistics in NI are currently not fully serving this vision' UK Office for Statistics Regulation

The Covid-19 pandemic has underscored how critical it is to have timely, accessible and good quality health data that can be accurately analysed and used to plan effective and equitable services.

It has also served to accelerate the capability of governments and policy makers globally to collate, analyse and disseminate health data in more accessible ways, such as online dashboards.

Across both public and private sectors, in just about any field you look at, policies and practice these days are increasingly ‘evidence-based’. This means that to the extent possible, decision-making is grounded in clearly identified evidence rather than, for instance, ideology or habit; that choices are rational and transparent; and that any resulting change can be measured, allowing accountability.

Yet when it comes to NI and mental health data, it seems that the Department of Health hasn’t even gotten off the starting blocks.

In September 2021 the UK Office for Statistics Regulation, the regulatory arm of the UK Statistics Authority, published a highly critical review of mental health data in NI.

Review findings give cause for serious alarm

The findings of the review are particularly alarming, given the publication, first of a Mental Health Action Plan in May 2020 and then a 10-year Mental Health Strategy in June 2021, both of which substantially failed to address any of the serious concerns identified in this review.

Data users and statistics producers were invited to participate in the review. PPR welcomed the opportunity to make a submission and attend the virtual launch on 7 September.

The Review found that there are significant issues hindering the development of mental health statistics in the north of Ireland.

Key amongst these are

Other issues included no data flow for community mental health activity and old and inefficient methods of recording data.

The Review highlighted the fact that data users, including PPR and the 123GP campaign we support, were frustrated by the lack of routinely published mental health data. It noted that users had to resort to using Freedom of Information legislation, which made data challenging to access, with significant time delays and without the necessary statistical guidance.

The experience of 123GP activists in trying to access data for something as straightforward as access to counselling/talking therapies, is in itself a case study of the above failings.

Neither the Health Trusts nor the Health and Social Care Board make data on talking therapies publicly available. Activists have had to use FOIs and have been further hindered by each Trust using different definitions, the use of in-house jargon, different time frames and methods of collection of data. All of which makes it virtually impossible to get a complete picture of what is happening around counselling provision.

This is not intended as a commentary on those data sets per se, rather it is to highlight that none of this data is publicly available in NI and much of it is not even being collected.

Duty bearers are making decisions about mental health services and policies – but we don’t know on what basis, and there is no means of measuring any change in outcomes. This lack of transparency and accountability would be deemed unacceptable just about anywhere else.

In February 2021, PPR and the 123GP campaign published an interactive map of GP practices providing in-house counselling. Data that was not publicly available up to then. Data that we had to source through FOI and then invest considerable time in cross-referencing and analysing.

It is clear that without accessible, timely and high-quality data, it is difficult if not impossible for all of us concerned with improving existing mental health service provision, to hold government to account.

Such was the extent of concern by the UK Office for Statistics Regulation at what they found through their Review, that they recommended the Department of Health consider developing a separate data strategy to support the Mental Health Strategy. This is urgently required.

The serious issues raised in this Review, and the associated recommendations, should now be raised by all parties with the Minister for Health, on the floor of the Assembly and in the Health Committee.

The UK Office for Statistics Regulation has already got the ball rolling in this regard – they have written to the Department of Health’s permanent secretary, Richard Pengelly, as well as to Peter Toogood, Director of Mental Health. We look forward to hearing their response and to the serious issues uncovered by this important review being fully addressed. 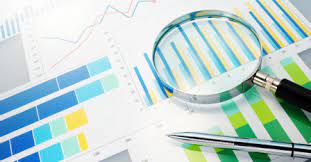 Gaps in NI Mental Health Data in the Spotlight this Week