The 123GP campaign is saddened and deeply concerned by the increase in the deaths by suicide in 2020.

As families directly impacted by suicide we know only too well the devastation caused by each and every death.

123GP campaigners will take time to study the data in detail, but the headline figures in NISRA’s release are concerning.

We wish to pay tribute to the herculean efforts of local communities across the north to work tirelessly, often with little funding and resources, to tackle the issue of suicide.

There can be no acceptable number of deaths by suicide.

Our collective aspiration should be to have zero suicides, not limited to a 10% reduction, as in the Protect Life 2 Strategy.

These figures require an urgent response by government and all agencies tasked with adddressing the issue of suicide.

We now need to see intensified efforts to bring a sustained reduction in these preventable deaths.

Above everything else, we need to see a targeted strategy, which has been missing up to now, that digs deeper and addresses economic and social inequality.

There is a strong link between inequality and preventable deaths, whether those are deaths by suicide, drugs and alcohol or other health related issues.

Rates of death by suicide are almost three times greater in deprived areas than wealthy areas.

For drug related deaths that rises to 5 times higher rates.

We’ve seen the rate of drug-related deaths more than double in the past 10 years.

Following the review of data carried out by the Coroner’s Office and NISRA, we know that some deaths previously classified as suicides, have now been re-classified as accidental drug related deaths.

Regardless of how they are classified, the majority of these preventable deaths occur in deprived areas.

Right now, there is an Inverse Care Law in operation.

Those areas that are most deprived, like North and West Belfast, or Inner East Belfast, with the highest rates of mental ill-health, have the worst access to mental health services.

We can see this Inverse Care Law in operation in relation to counselling provision.

As highlighted by the 123GP campaign in 2021, access to counselling services continues to be a post-code lottery.

North and West Belfast between them contain the 10 worst impacted areas in the entire North, measured against a mental health indicator.

Yet in 2021, 16 GP practices across Belfast, including a number in both North and West Belfast, stopped providing in-house counselling.

Alongside this, community organisations providing vital counselling services are being defunded.

It’s not enough to continue saying that the Protect Life 2 Strategy, the Mental Health Strategy and new Multi-Disciplinary Teams, if fully funded, would address these deep levels of inequality.

Resources for mental health and suicide prevention must be heavily and very visibly targeted at those communities with the highest levels of need.

We need to see an immediate end to the post-code lottery for counselling.

Community -based counselling providers need to be properly resourced on a sustainable basis.

No one should wait longer than 28 days for an appointment.

Beyond mental health and suicide prevention services, government needs to also tackle the underlying causes of emotional distress and despair.

The economic impacts of the pandemic, coupled with the cost of living crisis, are hitting poor communities hardest. These are known risk factors for suicide and must not be ignored.

In the words of the late Bishop Desmond Tutu:

‘there comes a point when we need to stop pulling people out of the river. We need to go upstream and find out why they’re falling in’.

This was true before 2020. It is more urgent than ever now.

These stark figures are a painful reminder if one were needed.

We now need to hear from government how it intends to ‘equality-proof’ its resourcing of suicide prevention and mental health services, so that services truly meet the needs of communities. 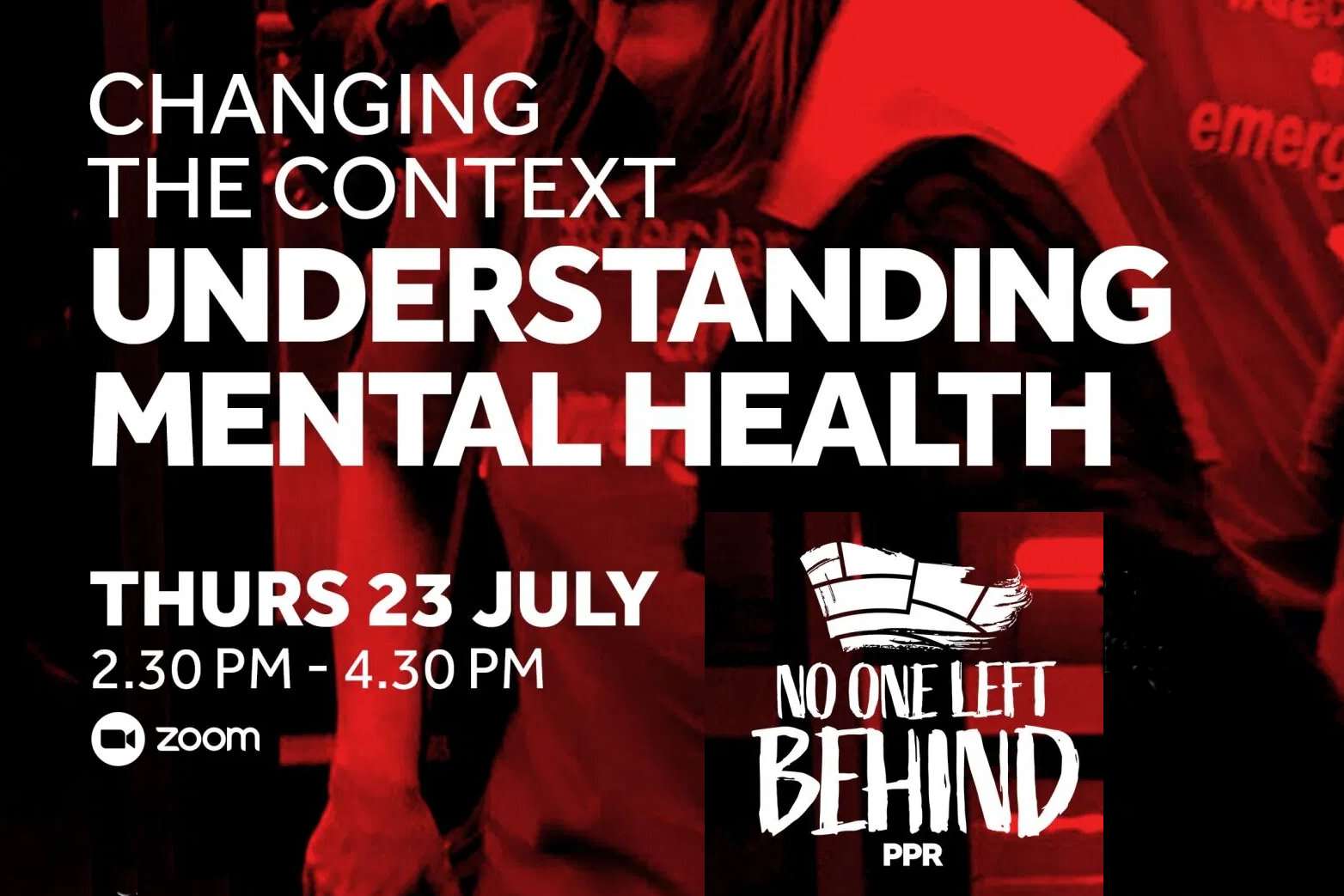